Learn How to Create a Fire Burning Logo in AfterEffects CC 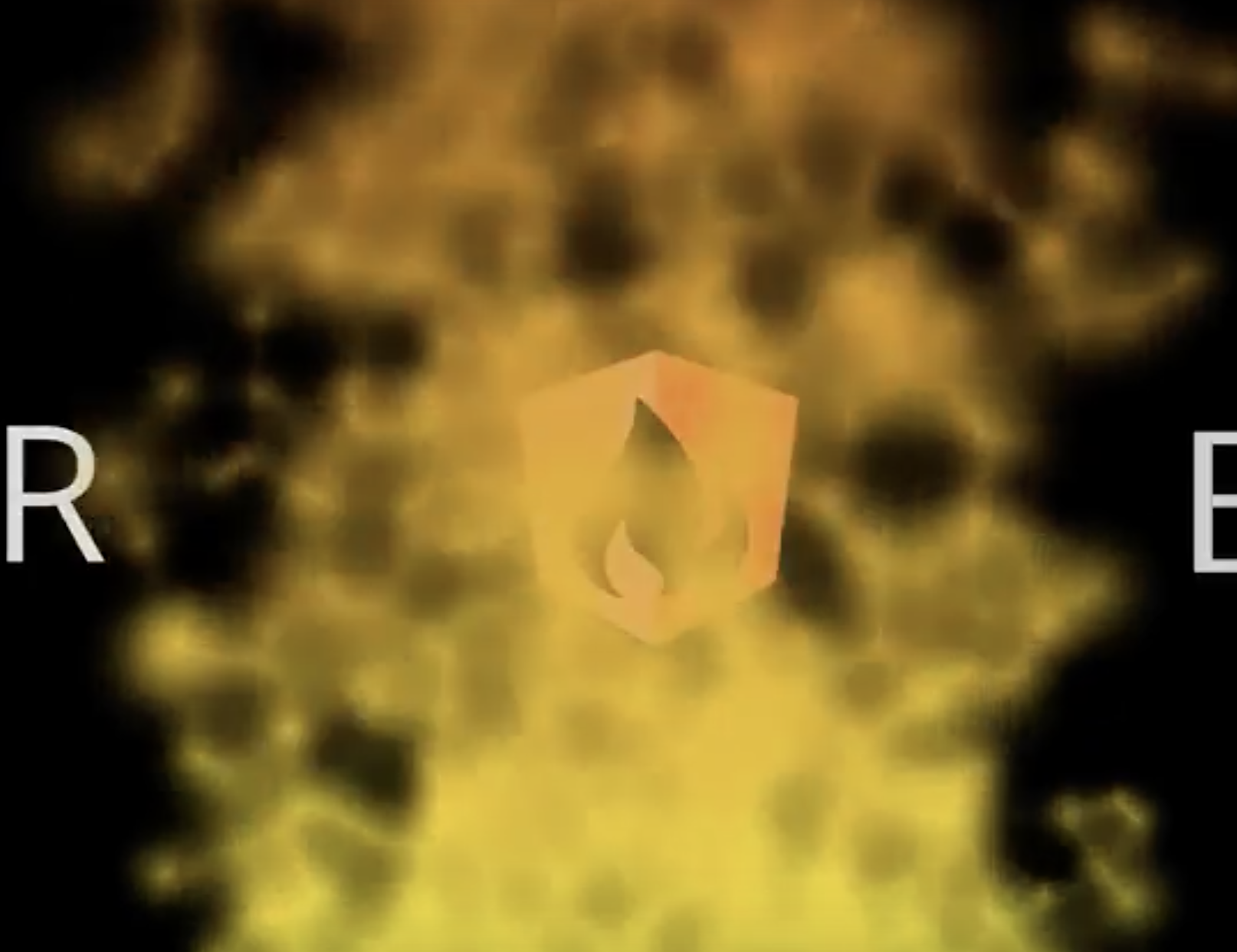 In this tutorial, I show you how to quickly create a fire effect without using external plugins in AfterEffects CC. The effect works well with logos to create the illusion of a burning object.

Add the Logo and Text Layers

Start by adding your logo. In this example, we have two text layers and one image layer.

Create a rectangle that covers the entire composition, then go to effect >> simulation >> and select CC Particle Systems II. This gives us a fountain-like particle effect as the default.

Now its time to adjust the effect setting. Play around with these parameters to get the fire the way you want it.

We want the fire effect to spread horizontally along the X-axis until it completely envelopes the logo and the screen. We can do this by animating the Producer >> Radius X setting.

With the slider at the beginning of the comp, set a keyframe for Radius X at 3.0, then set another keyframe at the end at 100.0.

A Vector Blur will help control the style of your fire. Go to Effect >> Blur & Sharpen >> CC Vector Blur.

Fade Out Letters and Logo

Search animation presets for Fade Out Character, then select both text layers and double click the effect.

On the right side text, simply adjust the effect keyframes to match the pace of the fire. (1:00 to 3:10)

The fire thins out as it exvpands horizontally, so I am going to add a keyframe to increase the death size to 3 at the end.

I also move that center of the shape layer to the bottom of the y-axis (1080) so the fire fills the entire screen.

Nobody has graded this lesson yet.

Hallo! My name is quickdraw55. I have been a CampusHippo member for over 6 years. I currently offer 3 lessons with a combined overall grade of n and sales amounting to $0.00

- graphic designer with a flair for flat artwork